Today we are joined by author and musician Toneye Eyenot. Toneye is also the owner of Luniakk Publications. His newest book, Fangtastic Tales of Werewolf Savagery drops tomorrow. Please make sure to stop by luniakkpublications.com to check out all of the authors other great books. 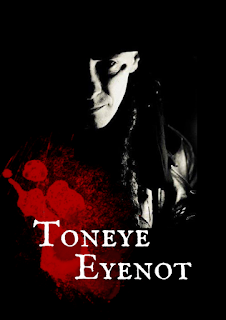 “There’s a darkness in me

With the power of oceans, it swells within me

Surges the tides as it yearns to break free

Crashing waves of black emotions, the Moon sings to me

The clouds dispersing, her maddening rays

Churn the depths of my soul to a rabid blood craze”

How many of us are able to remain in control of those emotions when that beautiful celestial body takes her seat in the night sky? Is it true that the Moon dictates the rhythms of our psyches? Science seems to lean towards ‘Yes’, at least with the latter. It is also apparent that many do find it difficult to contain the Beast within when the Moon is at her fullest. We’ve all heard the stories:crime rates rise, hospitals and ambulance crews become busier. Hell, even parties on a Full Moon night tend to get just a lOttle bit wilder than usual. There is definitely merit to the theory.

But, this lunacy, when it takes hold, affects some a lot more than most. Lycanthropy: either the delusional belief that one has become a wolf, or perhaps even the true ability to cast aside the human skin, be it by spell or curse, the Werewolf has been a constant throughout history going back through time immemorial.

Surely, there is a spark of truth behind the myth. Shamans of many cultures, both ancient and modern, sorcerers, witches, gypsies –those who dwell on the fringes and beyond of ‘accepted’ societal beliefs hold fast to this knowledge. The aforementioned ‘science’ never has all the answers, much as the scientific community may scoff at absurd notions such as Man becoming Wolf.

The one thing science always manages to prove is that it is perpetually wrong. Scientific ‘discoveries’, for the most part, are just a confirmation (and admission) of what has been known for millennia by those who are not bound to our ‘agreed upon’ reality, and that which scientifically minded people had previously spent years ridiculing.

Yes, there is magic in our world. Creatures and forces beyond our comprehension roam these lands, as many throughout history have borne witness to, and still do to this day. Stories of the Dogman, the Skunk ape, Bigfoot and a plethora of terrifying beasts crossing our paths have sparked the curiosity and imagination of countless people around the globe.

Just as it could be considered arrogant, even ignorant, to say that we are alone in the universe, who’s to say these creatures of myth and legend don’t really exist? Suspend disbelief, dear reader, because whether you care to admit it, or continue to live in ignorant bliss, we walk among you. We smell the blood as it courses through your veins and taste your fear on the breeze. We long to see the life drain from your quivering flesh as we gorge. Beware the Full Moon, as you are entering the world of the Werewolf. 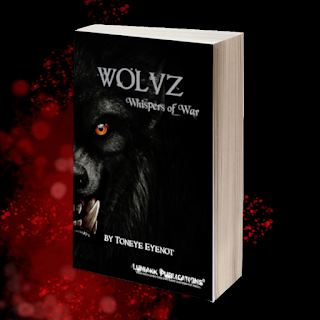 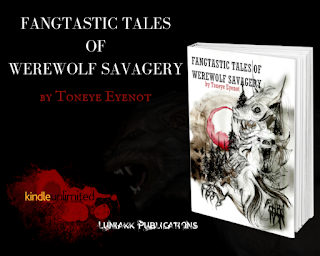