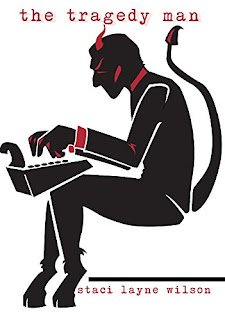 When his boss was murdered, Cary Bouchard’s life began.

For years, timid Cary toiled away in a cold cubicle. He had dreams, but not the courage to pursue them. That is, until he lost his job and found his fortune in a most unexpected way.

Nothing could have prepared Cary for how his life changes: love, money, and fame come to him all too easily. Soon he’s on TV, signing autographs for legions of fans, in love with a beautiful woman, and buying a Manhattan penthouse. Cary’s newfound confidence and cachet elevates him higher and higher.

It is very easy to give away a spoiler for the story, so I will attempt to skirt around as much main story plot to keep this spoiler free for new readers.

I have always enjoyed it when a writer tells a tale and the main character is a writer. Its makes you wonder how much of the author is in that character. Our main character Cary in a introvert. He works a job he hates for a boss he loathes, and spends the rest of his time at home in his small apartment with his only companion, his bird Tweetie, and his love of writing. He works on his novel, a ghost story, that he just can't seem to nail down. Its hard to write horror when that is a genre he hates and the thought of blood makes him squeamish. But when an opportunity comes along for him to be published, he starts down a road that will raise him up to the ranks of the best sellers, before events spiral out of control and his life descends into confusion, heart break and terror.

Staci Layne Wilson has crafted a fast-paced narrative that build as the story progresses. Her characters are well developed and some you will love, some hate and some get a small chuckle from (Steve Prince or Cleve Barkland, anyone). The story may revolve around one of the oldest tropes used in horror, but the author gives us enough twists and turns to keep it enjoyable.

Overall this is a great story that keeps you hooked from the first page until the shocking finale.

I believe we can now refer to Staci as the Queen of All Media.

You can purchase The Tragedy Man on AMAZON.

You can learn more bout Staci Layne Wilson and her many works at her WEBSITE.