Today we are joined by author Tim Meyer. Tim is the writer of numerous books and has been included in several anthologies. His stories range from haunted house to creature features to his upcoming novel of cosmic horror.

Many authors like to think of their books becoming a movie, and Tim has put together a stellar cast wish list for the new novel 69.

69: A Short Novel of Cosmic Horror will be released on October 1st from Evil Epoch Press. 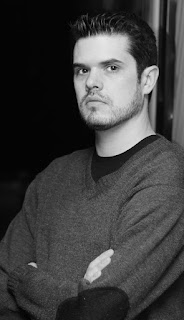 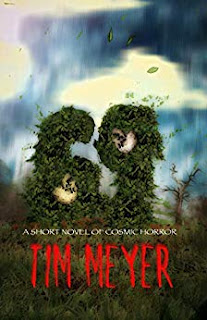 
It probably wouldn’t surprise you that I’m a huge fan of movies, but it might surprise you that I don’t fantasize (much) about my books being turned into movies. That said, I don’t usually think about which actor or actress would be right for my characters. I know some writers do, but I don’t - usually - until well after I’m finished. Usually when I don’t know what to write for some promotional post (ha!). I’ve always enjoyed visualizing my characters in their own image and not people I know or celebrities I follow. Sometimes it’s hard. Most of the time it’s not.

Anyway, if 69 were turned into a movie, here’s whom I would cast if given the choice.

Amanda Guerrero - Aimee Garcia - Garcia has a big list of TV credits and some movie credits, and I think she’s a superb actress, perfect for carrying any lead role. From what I’ve seen her in (Lucifer, Dexter) I’ve really enjoyed. She would be the perfect choice to portray Amanda, lead investigator for the CDC, and bring to life her intelligence, anger, and strong will. The character would benefit from Garcia’s range, as Amanda experiences so many different emotions while investigating the strange happenings at Spring Lake Assisted Living. Aimee Garcia is an actress on the rise, and, in general, I would love to see her in more stuff. 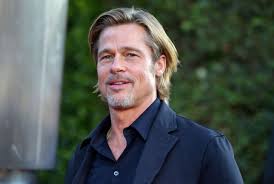 Joe Barnes - Brad Pitt - Okay. Well, I can dream, can’t I? Brad Pitt’s been one of my favorite actors throughout the years, mostly for what he brings to some of cinema’s most interesting characters. The role of Barnes would be awesome for him. Joe Barnes is a member of Amanda’s team, tasked with keeping his boss in check. Not to mention, the challenges he faces forces him to confront his own past, which would make Pitt an interesting choice for the role. Plus, it’s friggin’ Brad Pitt. 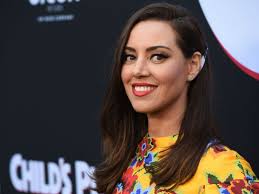 Phelps - Aubrey Plaza - Aubrey Plaza is one of my favorite actresses working right now, and she’s been in some great stuff lately (Child’s Play remake, Legion). I think she’d bring something special to the third member of Guerrero’s team, the analytical researcher who also must confront her history while dealing with the unsettling terrors hidden in Spring Lake. 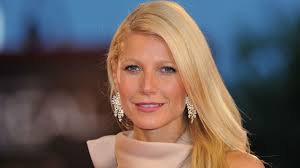 Kim Charon - Gwyneth Paltrow - Paltrow has considerable range as an actress and the role of Kim Charon would probably require someone of her talents. Charon is the director at Spring Lake who wants to keep the strange happenings very hush-hush. She’s prone to angry outbursts and is overall very hostile toward her guests. I think it would be interesting to see Paltrow step into the role of Kim Charon, considering what she brings to the table as a performer.

Well, there you have it. The cast in 69 isn’t very large, and I’ve enjoyed experimenting with this small ensemble. I think it allows me to dive deeper into these characters’ headspaces and in a lot of ways I think that’s been pretty helpful. The novel I’m currently working on has a huuuuuuuuuge cast, and it’s been a challenge managing their point-of-views. Anyway, I really enjoyed writing 69 and I hope you consider picking up a copy when it drops on October 1st!

Just always keep in mind: The Field will remember. Everything is sixty-nine.